Traveling the 38th Parallel, a Water Line around the World links

Traveling the 38th Parallel honored as winner in the Travel: Guides & Essays category of the 2020 International Book Awards

The paperback, all color, 2nd edition of our book, Traveling the 38th Parallel: A Water Line Around the World, has been selected as Winner in the International Book Awards in the Travel category.  Quite an honor!  The 11th Annual International Book Awards, sponsored by American Book Fest, were given to books published in 2018, 2019, or 2020, with 2000 entrants to 90 categories.  While our book is also an environmental exploration, the closest category available in the contest was "Travel."  Maybe the sponsors will decide to create an environmental non-fiction category in the future.  We are ecstatic at this recognition.  More information can be seen about results at the 11th Annual International Book Awards webpage. 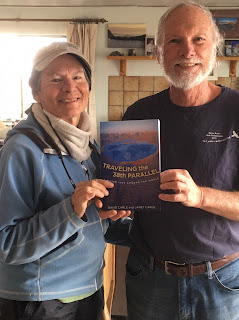 
The paperback edition of our book Traveling the 38th Parallel: A Water Line Around the World, with 64 color photos and updates as of 2020, is now available at Amazon.  Local bookstores can get it through Ingram. Very pleased to have it available this way with twice as many photos, all in color and 2020 updates for each chapter. 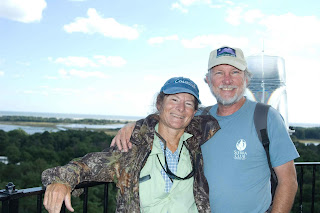 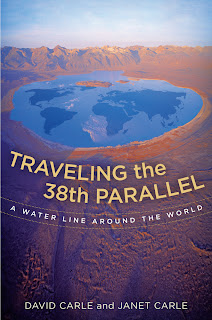 Groundbreaking has finally happened on the Dutch Slough restoration project in the Delta that we toured with John Cain (whose idea for the project dates back to 1998).  John showed us the project site when we crossed California, 10 years ago (!) for our book,  Traveling the 38th Parallel: a Water Line Around the World. Nice to read this update about the project finally moving forward:  Dutch Slough project underway East Bay Times article 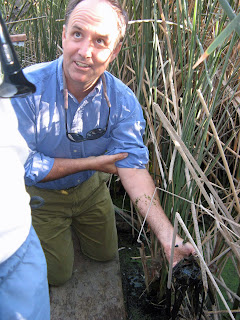 In this National Geographic article, aquifers in California's Central Valley, the Ogallala aquifer in the U.A. midwest, and aquifers in Spain and Italy, all closely tied to the 38th parallel, are

specifically mentioned as areas being rapidly depleted. This National Geographic article says: "California’s agricultural powerhouses—the Central Valley, Tulare Basin, and southern San Joaquin Valley, which produce a plentiful portion of the nation’s food—could run out of accessible groundwater as early as the 2030s."
Yet the drilling of new wells and unsustainable pumping rates have accelerated in California in recent drought years.  New groundwater management plans are required by law, now, but will not take effect until 2040, so the short-term greed to pump now before it is regulated has kicked in.
Posted by David and Janet Carle at 10:07 AM 9 comments:

A Heart-wrenching report about the coming demise of Hasankeyf, on the Tigris River

We Could Not Save HasankeyfThis is a sad goodbye from one of the people who fought to save Hasankeyf from being submerged by the Ilisu Dam.  The reservoir will fill in 2017.
Posted by David and Janet Carle at 4:21 PM 1 comment:

The captive breeding and release program of Japanese Crested Ibis on Sado Island, in Japan, written about in the last chapter of our book, is celebrating several chicks that were just hatched in the wild .  That is great news.  The similar program in China is having even greater success.  See the news story at:
Japanese Crested Ibis chicks born in the wild news story
Posted by David and Janet Carle at 2:52 PM No comments:

The Ilisu Dam, which will inundate Hasankeyf on the Tigris River inside Turkey, is also part of the water tensions between Turkey and the water users downstream, as Turkey holds back releases to the Tigris and Euphrates. 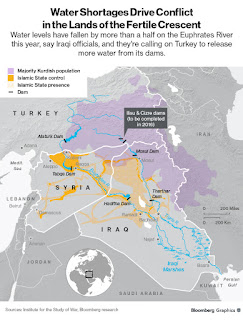 See Bloomberg article, July 2015, about water tensions between Turkey, Iraq, and Islamic State
Posted by David and Janet Carle at 9:45 AM No comments:

An update on Lake Urmia in Iran, shrinking salt lake due to river diversions

www.circleofblue.org/waternews/2015/world/infographic-lake-urmia-drained-by-water-diversions/Circle of Blue has posted an infographic blog about the status of shrinking Lake Urmia, in northwest Iran on the 38th Parallel,  It has shrunk by 88% due to river diversions for agriculture and development.  Tourism, natural values, and human health impacts due to dust of the salty lakebed are described with striking changes shown in satellite imagery at:  circleofblue.org Lake Urmia information

Posted by David and Janet Carle at 8:31 AM 3 comments:

The Four Rivers "Restoration" Project in South Korea that we described in our book, Traveling the 38th Parallel: a Water Line Around the World, remains controversial.  A new administration is now the ruling party and, "ruling and opposition parties failed to reach an agreement Tuesday over the budgets for river related projects. The key issue was whether the government has to pay 317 billion won ($283.7 million) in interest for debts of the Korea Water Resources Corporation incurred from the project.  Some in the ruling Saenuri Party are now agreeing with the opposition party’s demand to hold a National Assembly probe into the project. 'The government invested 24 trillion won and it has brought about environmental problems, so an investigation is necessary,' said Rhee In-je, a senior leader of the party."
Follow this link to the original story:
Korean news article about former President's anger over attacks on his legacy

Posted by David and Janet Carle at 2:48 PM 2 comments:

We explored the Turkmenistan diversions of the Amu Darya that play a major part in the decline of the Aral Sea, once the 4th largest lake in the world.  This video goes to the lakebed and the Kazakh people whose fishing boats are stranded far from any water today:  Louder Than Words video features Aral Sea
Posted by David and Janet Carle at 7:15 PM No comments: 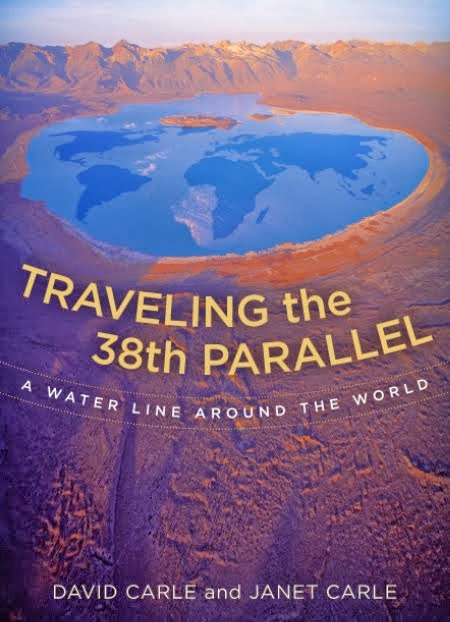 Our home, Mono Lake, is crossed by the 38 degree latitude line